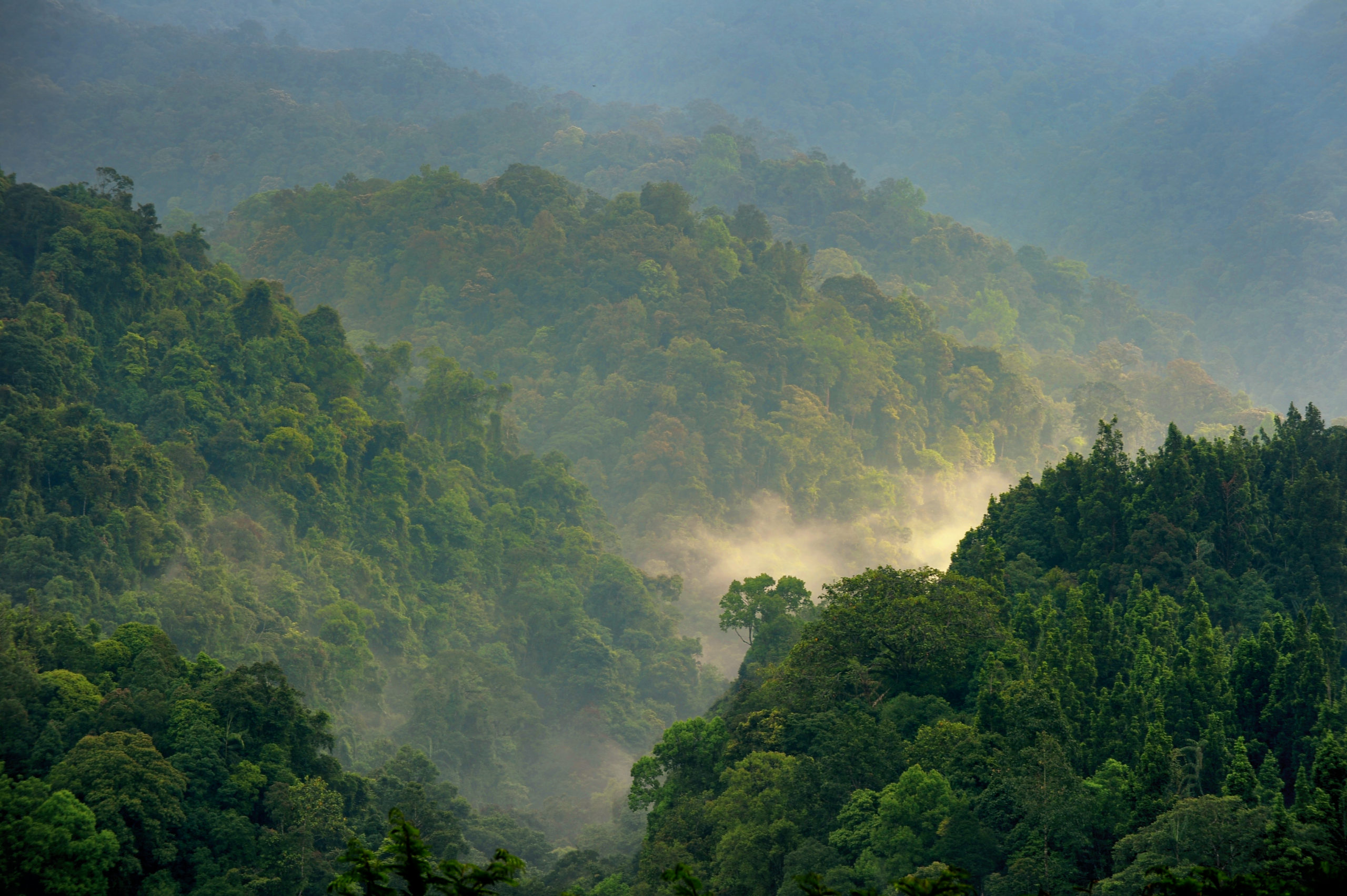 Forests are the earth’s heart. These ancient ecosystems are essential for human happiness, health, and environmental stability. They are also home to almost half of all species on earth. But according to recent reports, forests in tropical regions are almost dying out. The rate at which forests are being destroyed is alarming.

The main drivers include mining, logging, and unsustainable agricultural practices. And if the current destruction of forests continues, we may soon find ourselves in a serious crisis. But the best part is that there are solutions to this problem. Here are a few creative ways we can save trees and surrounding forests.
Reforestation

You can use your purchasing power to prevent the illegal cutting of trees. Logging is responsible for a significant percentage of forest destruction around the world. Timber furniture is by far the worst cause of deforestation. Widespread clearing of forests contributes heavily to global climatic change. But the narrative can change by avoiding buying furniture and other items from trees.
Advocate for the Conservation of Forests The global climatic change continues to impact the natural world and our societies. Forests help control climatic patterns and store carbon that causes climatic changes. Cutting down trees will result in the extinction of many species and cause severe fires and droughts worldwide.

You can personally help conserve forests by spearheading the enactment of progressive climate policies in your neighborhood.

Fire is a common cause of forest destruction. A wild fire can start naturally due to friction between trees or lightning. Trees are highly exposed to wild fire, and once a forest catches fire, it can’t be easy to put out. So, to save forests from wild fire, responsible organizations must adopt the latest firefighting techniques. They include using fire retardant chemicals, water sprays, and leaving wider access roads to the forest.
Teach Kids the Importance of Forests

Children are the future. So parents should inspire them to love their surroundings. They should be taught about forests and encouraged to read books on the ecosystem. Exposing kids to nature helps change their attitude towards forests. A better and more fun way to increase their love for forests is to explore a park together.
In conclusion, forest conservation can be done through cooperative efforts of the public, government, and humanitarian organizations. The benefits of taking care of forests are unquantifiable. If properly used, forests are the greatest resource humans can ever have. So, forest conservation is no longer an option. It is a requirement for the survival of all species. 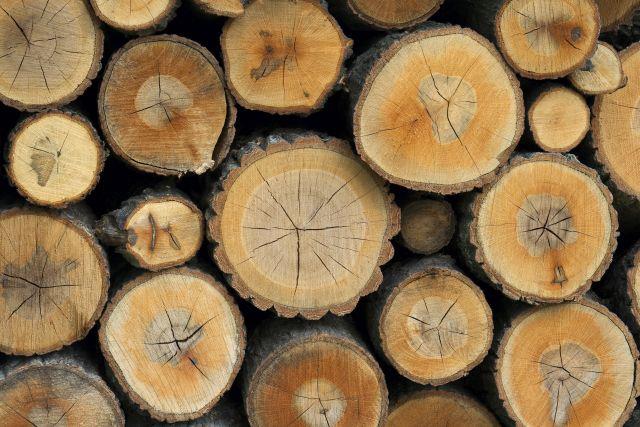 The objectives of work during the first six months of the project were as follows:

To commence the development of models of the rate of heat accumulation in bark and wood chip compost heaps taking account of particle size, initial moisture content, aeration, urea addition and agitation.

1. To commence work on the determination of the heat conductivity coefficients (HCC) for different sizes and species of softwoods and further develop an existing computer model to predict the time required to reach critical core temperature in a plank of wood taking account of size, species, initial temperature and kiln type.

2. To develop appropriate equipment and techniques to test the response of pests and plant species to hot water dips.

3. To commence the work to determine the response of a range of plants to hot water dips.

4. To commence work on the determination of the response of a range of pests to hot water dips.

5. To develop, calibrate and test research equipment for conducting bioassays to test the response of pests and horticultural products to controlled atmospheres.

II. Description of work:
Sub-task 1.1: Experiments will investigate the effect of particle size, initial moisture content, artificial aeration through gas lines, added nitrogen content and agitation, on temperature, pH and moisture content, leading to the development of models of heat accumulation in compost heaps. Work will also determine minimum heap size needed for stable core temperatures. Initial work (spanning months 4-12) will measure the effect of the five variables on temperature, pH and moisture content with quantification of all three parameters from measurements at pre-set positions in heaps at different times during the composting process.

Sub-task 2.1: Wood planks of different sizes and species will be treated with a standard heat regime in controlled environment chambers. The rate of heat penetration into the samples will be measured and HCC’s determined. A mathematical solution for the HCC of timber will be developed to predict time required for planks of specified size to reach target core temperature

Task 3: A temperature indicating system based on heat sensitive paint will be investigated (months 9-18).

Sub-task 4.1: Water baths and monitoring equipment will be designed and calibrated against recognised standards to allow hot water dipping of plants and pests (months 1-3).

Sub-task 4.2: Three species of plants will be exposed in hot water dipping experiments to a range of temperatures and exposure periods and assessed for plant damage (months 3-12).

Sub-task 4.3: Selected species of invertebrate pests will be exposed to a range of temperatures and exposure periods to determine their thermal death parameters (months 3-12).

Sub-task 5.1: Gas tight chambers will be set up and fitted with suitable dosing and monitoring equipment for controlled atmosphere studies and calibrated against verifiable standards (months 1-6).

III. State of progress
Work leading to the development of models of the rate of heat accumulation in bark and wood chip compost heaps has been started. Literature searches on existing composting procedures have been undertaken and the design and specification of the required equipment has been completed, including items which had to be manufactured to a unique specification. Initial tests to determine optimal placement of measuring probes within compost heaps have been undertaken, and the output used in the early stages of specification of a model of rate of heat accumulation in compost heaps. The data has also been used in the design of experimental protocols for further composting experiments.

Work to determine HCC’s and to develop a new computer model to predict time required to reach critical core temperature in wood planks also commenced. Work to extend an existing model to incorporate a wider range of tree species and plank dimensions was undertaken. The model is also being designed to enable its use in the verification of a thermal indicator system which will be developed under a future component of this project.

Although not scheduled to commence until the second reporting period, work on task three has been started. Initial discussions with a commercial company have centered on the range of thermal indicating paints currently available providing the necessary basis for selection of the sub-set that will be utilised in experimental work. Thus work on task 3 is ahead of the planned schedule.

Hot water baths have been designed and manufactured and are currently in use at the laboratories of two partners. Rigorous tests of temperature stability under operational conditions have been completed with results meeting the required specifications for the work. Insect respirometry equipment has been obtained, calibrated and tested, but required to be free of moisture and plant material in order to measure the small changes in insect respiration rate resulting from temperature changes, making it unsuitable for investigation of life stages associated with plant material. it is therefore recommended that no further use is made of insect respirometry techniques in this study. Thus sub-task 4.1 has been achieved in full.

Using the hot water baths, extensive experiments investigating the damage caused to Dendranthema by hot water dips of different temperatures and duration have been undertaken. Plants plunged into cold water immediately after hot water treatment exhibited less damage than those left to cool gradually to ambient temperatures after treatment. Short treatments at temperatures below 44ºC caused little visible damage, but exposure to 43ºC for 20 minutes resulted in commercially unacceptable damage.

Investigations of the response of plant pests to hot water dips showed high mortalities of the eggs and pupae of Liriomyza huidobrensis and of the eggs of Thrips palmi at the critical 43-44ºC range. Work is ongoing to determine if temperature/exposure-time combinations can be established which result in complete control of pests but acceptable levels of plant damage.

Equipment has been developed at the laboratories of two partners to investigate the efficacy of controlled atmospheres or phosphine as a pest control method. Chambers large enough to take whole plants have been tested and calibrated, and found to meet the required specifications for this work. Thus sub-task 5.1 has been achieved in full.

IV. Achievements
Work in the first six months of the project has achieved all milestones stipulated in the Technical Annex for this period. All equipment for the early work has been sourced, tested and calibrated (completing the work on sub-tasks 4.1 and 5.1) and extensive work on hot water dip treatments has been undertaken.

V. Future actions.
A slightly revised schedule for testing of composting variables has been developed to ensure efficient completion of this element of the work. It is anticipated that all other tasks for the second reporting period of this work will be undertaken as detailed in the Technical Annex.